The Multirope MRL150 load weighing device can be used to measure and control the load in the cabin through the tensioning of the ropes.

It can be easily installed in new lifts and used for modernization, being fast to install, reliable over time and at a good price.

With a height on the rope of 8 cm only, the sensors of the MRL series allow the optimization of the vertical spaces of the plant system that is typical of modern lifts (Machine Room Less), where every inch of space is important for installing the plant system in accordance with modern design practices.
The MRL150 sensor should be applied to all ropes of the plant system – disposing of a space for 122 mm wide ropes – in a position suitable to detect the load present in the cabin and has dimensions that make it possible to install it on the latest ropes clad in plastic material or flat ropes. The load measurement is independent of the roping of the plant’s roping.

In the standard measurement configuration, the MRL sensor detects (P + Q) loads of up to a maximum of 4,000 Kg. Customized configurations of the product are possible in order to suit specific application needs.

The MRL sensor is normally supplied with pre-wired cable with RJ connector in order to facilitate and speed up the sensor connection to the 699Plus digital control unit, with the security of the connector’s own restraint system. The MRL series transducers are products that are designed and manufactured in Italy, are easily configurable and adaptable to the various plant system requirements that can be requested to meet the most demanding market requirements.

The Multirope load weighing system is applied on rope lifts and elevators, Machine Roomless Elevators (MRL), goods lift freight elevators and domuns lifts. It is suitable for installation on new lifts and also on the modernization of old installations. 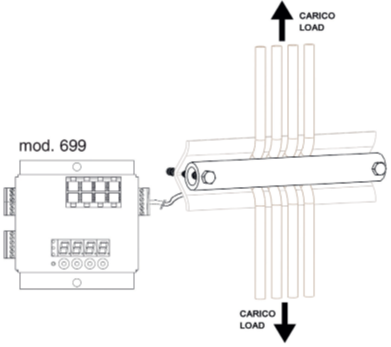 When paired with the optional 699 electronic device it has:

The MRL transducer can be sold separately from the 699Plus electronics, connecting it directly to the customer’s control panel

The following option are available: 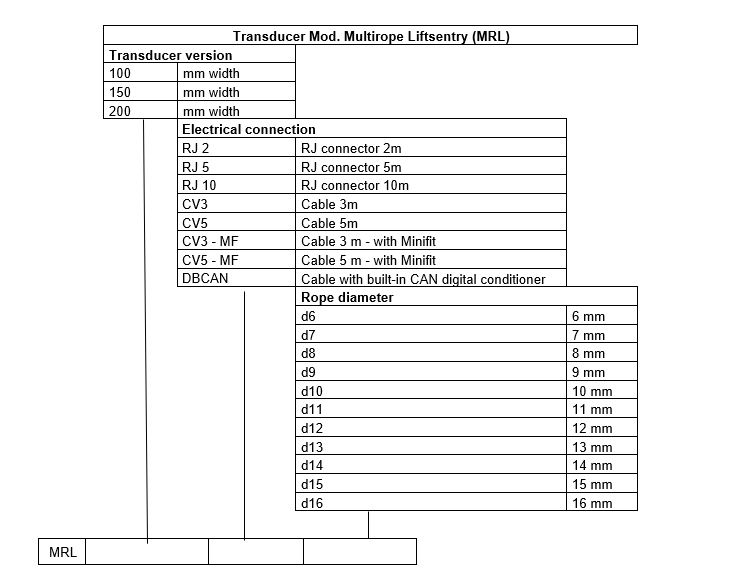