Series AP7000: this is a general purpose load cell that could be used in cranes, where hanged weights are involved and whenever it is necessary a rugged and reliable load cell for heavy duty industrial applications.

The load cell is well shielded against dirt by means of siliconic sealants and rubbers allowing an IP65 rating.

Series AP7000 can have a CE marked built-in electronics with the following outputs:

Software: It is provided free of charge, with RS485 and RS422 outputs (DSEbus and Modbus protocols), also a software to be installed into the user’s computer (not included) that allows an easy setting of the electronics working parameters and a data visualization.

The load cell has a built in calibration circuitry whenever It has the 2mV/V not amplified output. 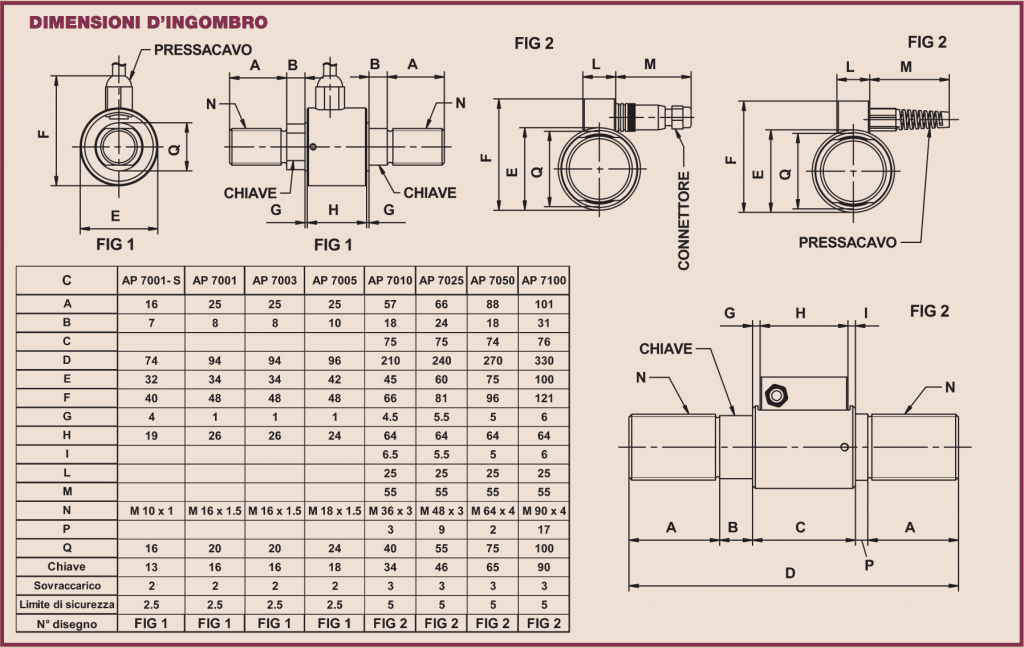