The new transducers of the PCS III series for measuring displacement or level are rugged, accurate, without any mechanical wear among the parts, resistant to blows and vibrations and equipped with protection against hostile environments

The level transducers of the PCS III series are rugged, accurate, without mechanical wear between the measuring probe and the float, they are resistant to shock and vibrations and are equipped with protection against hostile environments.

It is possible to configure the unit to measure the position of multiple floats, such as when measuring water and oil or diesel and water levels in a tank. It is also possible – after checking the utilizations conditions – to operate the transducer with the float that runs parallel to the measuring probe as when it is inserted into a bypass of a sealed circuit, presuming a constant distance between the float and the measuring probe and certain and verified magnetic characteristics of the float.

The transducer is supplied already calibrated as per the order, but can be customized by means of the digital connection by accessing the internal data structure in order to adapt the operation to the application – for example, in order to align the analog signal end references with the level variation range involved, or to reverse the unit’s direction of measurement with respect to the built-in measuring head. It is also possible to obtain the position/level measurements with centimeter resolution, with the digital connection, in addition to knowing the diagnostic situation. Should the digital connection not be permanently used, the diagnostic status of the transducer can be detected in a simplified way through two LEDs inside the unit with appropriate on / off / flashing codes indicating the absence of the float from the measuring probe, the presence of a problem with the analog output connection, etc.

The transducers of the PCS III series are CE marked, they have passed EMC tests and are also available in an explosion-proof case. 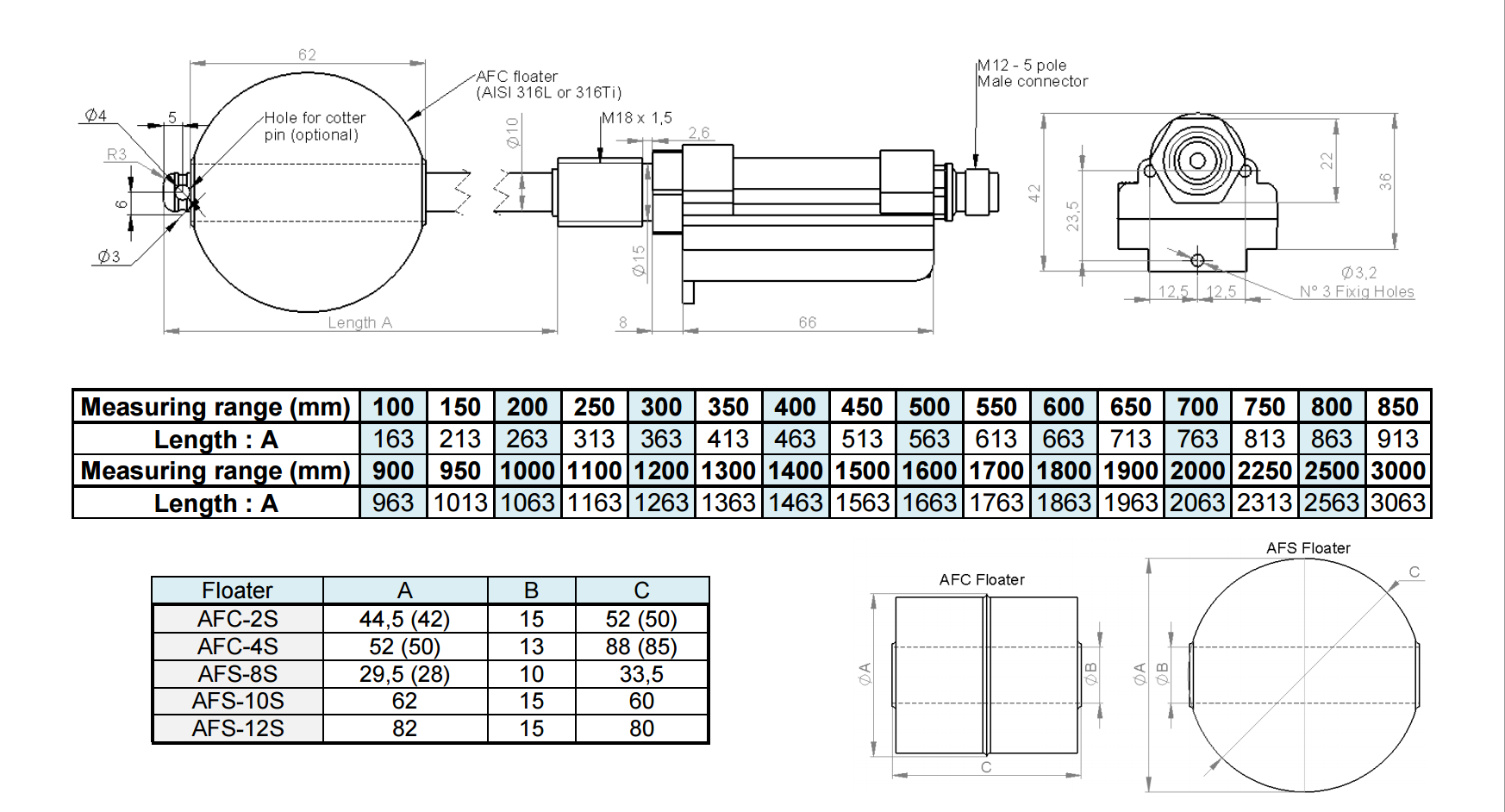